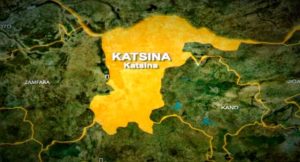 Security operatives have impounded over 300 vehicles, tricycles, and motorcycles in Katsina State.

The Public Relations Officer of the Katsina State Police Command, Gambo Isah, disclosed this in a statement on Sunday.

He explained that the 159 vehicles, 17 tricycles, and 141 motorcycles were seized for violating the lockdown order of the state government.

Isah noted that the state governor, Aminu Masari, had issued an order restricting the movement of persons and vehicles in the 10 Local Government Area (LGAs) where cases of coronavirus (COVID-19) were reported.

The governor had also banned social, religious, and economic gatherings in the LGAs and closed all borders with Kano, Kaduna, and Jigawa, as well as the Niger Republic as part of measures to curb the spread of the disease in Katsina.

Following the establishment and inauguration of the special mobile courts, the command’s spokesman revealed that the owners of 155 vehicles, 17 tricycles, 106 motorcycles were arraigned in court.

He added that the arrested persons were charged with the violation of the Quarantine and Restriction of movement Regulation, 2020.

“The violators were sentenced to various fines with or without community services, ranging from N3,000 to N10,000.

“Four motor vehicle owners and 35 motorcyclists are still under investigation,” Isah said in the statement.

He, therefore, urged the people of the state to strictly comply with the provision of the Quarantine and Restriction of Movement Regulations, saying it was in the best interest of the state.

According to him, the Commissioner of Police in Katsina, Sanusi Buba, thanked the residents for their cooperation, resilience, and tolerance in the period of the lockdown.