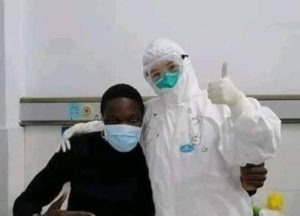 Preliminary clinical results in China show that anti-malaria drug, Chloroquine Phosphate which was banned in Nigeria 14 years ago, is quite effective in treating novel coronavirus pneumonia, Covid-19.

Several other antiviral drugs to treat the novel coronavirus outbreak in China that has claimed over 1,500 lives are under clinical trials and some have shown fairly good efficacy, a Chinese official said.

Chinese researchers have narrowed down their focus to a few existing drugs, including Chloroquine Phosphate, Favipiravir and Remdesivir, after multiple rounds of screening. Zhang Xinmin, director of the China National Center for Biotechnology Development under the Ministry of Science and Technology, told reporters in Beijing.

The vitro experiments have shown that Chloroquine Phosphate, an antimalarial drug which has been widely used for many years, can effectively inhibit the novel coronavirus infection.

It is now under clinical trials in more than 10 hospitals in Beijing and Guangdong, which enrolled a total of over 100 patients. Clinical trials on the drug will also be launched in central China’s Hunan Province soon, Zhang was quoted as saying in the state-run Xinhua news agency.

As soon as the news broke, many Nigerians who felt seemingly relieved took Twitter to react. And, most of their reactions are quite hilarious

My fear is that Nigerians are about to abuse Chloroquine

One person said: "Chloroquine can cure everything"

For now, let's be glad that something seems to be working against it.