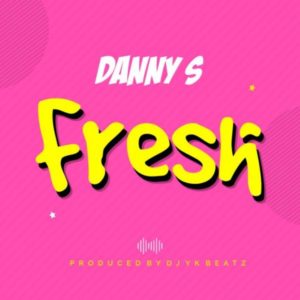 Self Acclaimed IJU Lion, Danny S who has been consistent with many release this 2019 drops another feel good Freestyle single called “Fresh“.

In Conclusion, the brand new song was produced by DJYK Beatz.