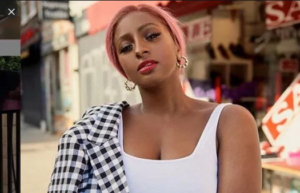 The popular Nigerian billionaire daughter and sensational DJ and music artist is popularly known as DJ Cuppy has taken to her social media platforms to express her delight as she signed a contract with the popular London based record label, known as Platoon. The music further announced her new album which will be released through her label services company, Platoon which she just had a deal with.

This development comes after, Apple Music announced her as the host Africa Now on Appl music. Her debut album titled original Copy is set to be released. Over the years, Platoon has increased its reach in Africa

Speaking with its Billboard in May 2020, Platoon CEO Denzyl Feigelson says

“I want artists to be able to manage their music on our platform; get services like health care, legal and accounting; learn about publishing, touring, how you market; and conquer things like YouTube, Facebook, TikTok, Twitch because if I help them grow their businesses, it’s only helping us grow our business, too. And we’re doing that in all kinds of ways.”

A few years ago, it was acquired by Apple.