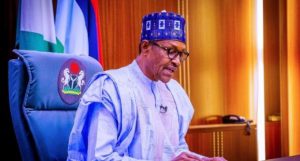 President Muhammadu Buhari delivered a Nationwide broadcast this morning to commemorate the 62nd Independence day celebration of the country.

During his speech, President Buhari urged the Academic Staff Union of Universities ASUU to call off its over seven-month industrial strike and return to the classrooms. ASUU has been on strike since February 14, 2022 over contending issues including unpaid allowances and poor welfare.

“I am using this Independence Day celebration to reiterate my call for the striking Academic Staff Union of Universities to return to the classroom while assuring them to deal with their contending issues within the limit of the scarce resources,” the President said in his broadcast

The President also said he shared the pains Nigerians are going through and assured them that his administration is doing all possible to alleviate the situation.