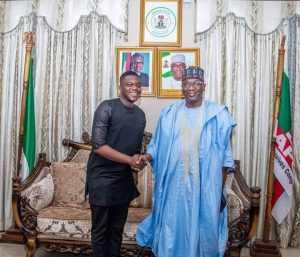 Abiola is a former Navy Officer who reportedly resigned to concentrate on his entertainment business.

Born on April 28th, 1996 in Ilorin, Kwara State, Abiola is well known for his comedy skits with the identity of Lawyer Kunle.