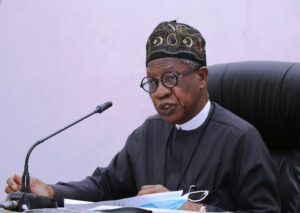 The minister countered the report which was first published on July 24, 2020 by top Nigerian online newspaper, TheCable, in a statement made available on Saturday.

The report by the newspaper claimed that the minister gave the order to Acting Director-General of the NBC, Armstrong Idachaba, over fears of a possible spread of COVID-19 among the housemates.

However, Mr Mohammed, in a statement by his media aide, Segun Adeyemi, slammed the report by describing it as a “lie”.

“There’s going to be a memo to that effect that he will send; anybody that is sure that the minister made that statement should provide a memo.

“Like I said earlier, we will not dignify speculative report; if you tune your satellite TV to channel 198, I am sure Big Brother Naija is still airing, contrary to the speculative report that the minister has ordered NBC to suspend the show,” the statement read.

This news platform recalls that before the start of the current season which started on July 19, potentials Housemates were in quarantine before the premiere to curtail the possible spread of the virus.

The reality show entered its fifth season on Sunday, July 19 with 20 housemates competing for a N85million grand prize.

The grand prize, which includes N30m cash prize, two-bedroom apartment, an SUV, a trip to Dublin, home appliances, a trip to Dubai, a year’s supply of noodles and a trip to watch the UEFA Champions League final, among others, makes this season’s winning the biggest since the show was launched in 2006.