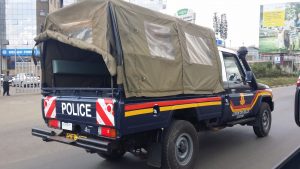 Muriungi had picked up a quarrel with the accused over fish on September 30, 2022. It was gathered that the deceased approached Mwiti who was selling fish and wanted to buy but did not have money.

After a quarrel ensued between them over the fishes he was touching, Muriungi vowed not to pay and even dismissed well-wishers who offered to pay on his behalf.

This angered the suspect who picked a cutlass and attacked him with it.

The body of the deceased was taken to Marimanti Hospital Mortuary awaiting autopsy, while the weapon was recovered from Mwiti’s residence with blood stains on it.