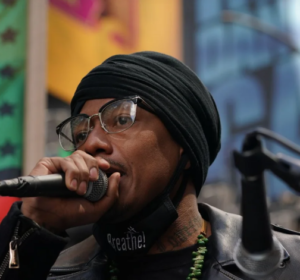 ViacomCBS is ending two decades-long relationship with Nick Cannon after he recently made anti-Semitic comments on his podcast.

In the June 30 episode of “Cannon’s Class,” the actor and TV host interviewed Professor Griff, a rapper who was a part of Public Enemy before leaving the group after making anti-Semitic remarks.

On the podcast, Cannon said Black people are the “true Hebrews” and talked about anti-Semitic conspiracy theories involving the Rothschild family.

Nick Cannon said: “It’s never hate speech, you can’t be anti-Semitic when we are the Semitic people. When we are the same people who they want to be. That’s our birthright. We are the true Hebrews.”

On Monday, July 13, Cannon posted a series of tweets about the controversy, writing: “Anyone who knows me knows that I have no hate in my heart nor malice intentions. I do not condone hate speech nor the spread of hateful rhetoric. We are living in a time when it is more important than ever to promote unity and understanding.

“I am an advocate for people’s voices to be heard openly, fairly and candidly. In today’s conversation about anti-racism and social justice, I think we all including myself must continue educating one another &embrace uncomfortable conversations it’s the only way we ALL get better.

“I encourage more healthy dialogue and welcome any experts, clergy, or spokespersons to any of my platforms to hold me accountable and correct me in any statement that I’ve made that has been projected as negative.”

ViacomCBS announced Tuesday, July 14, that it was severing its ties with Nick Cannon.

On Wednesday, July 15, a spokesman for the corporation released a statement to CNN saying the company “condemns bigotry of any kind and we categorically denounce all forms of anti-Semitism.”

“We have spoken with Nick Cannon about an episode of his podcast ‘Cannon’s Class’ on YouTube, which promoted hateful speech and spread anti-Semitic conspiracy theories,” the statement read.

“While we support ongoing education and dialogue in the fight against bigotry, we are deeply troubled that Nick has failed to acknowledge or apologize for perpetuating anti-Semitism, and we are terminating our relationship with him.”

“We are committed to doing better in our response to incidents of anti-Semitism, racism, and bigotry. ViacomCBS will have further announcements on our efforts to combat hate of all kinds,” the statement concluded.

In a lengthy Facebook message posted Wednesday, July 15, Nick Cannon apologized to the Jewish community for his recent inflammatory, anti-Semitic remarks. But he also stood firm against ViacomCBS and demanded the corporation give him the rights to his lucrative, long-running comedy series Wild ’N Out.

“I demand full ownership of my billion dollar ‘Wild ’N Out’ brand that I created, and they will continue to misuse and destroy without my leadership!” he wrote.

Cannon also pushed back on ViacomCBS’s apparent claim that he did not attempt to make amends after his remarks went viral, saying he even went so far as to reach out to ViacomCBS chair Shari Redstone, but didn’t hear back from her.

Below is the full statement Nick Cannon shared on Facebook.