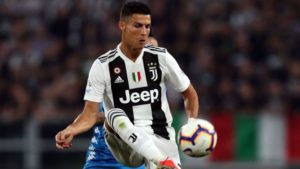 Juventus forward, Cristiano Ronaldo, looks set to leave the club at the end of the season.

Marca reports that there are only two destinations for Ronaldo: Paris Saint-Germain or Manchester United.

The Portugal captain is still popular at Old Trafford, where he played between 2003 and 2009.

PSG are one of the few clubs that will be able to afford him, if he decides to leave Italy.

The Ligue 1 champions will move for Ronaldo, if they lose one or both of Kylian Mbappe and Neymar this summer.

Real Madrid could possibly afford Ronaldo’s wages to bring him back to the Bernabeu, but they’ve already moved on and are looking at other alternatives.