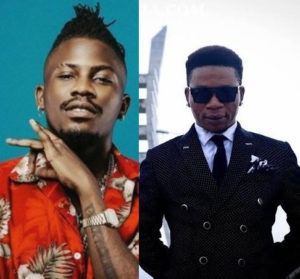 YCee took to Twitter to slam Vic O after he challenged him to a rap battle that caught the attention of MTV Base West Africa.

It all began when YCee tweeted: “I really need one of y’all favorite rappers to diss me this year … none of all this “YCee is my guy talk” anymore.”

Vic O replied: “If it’s gon’ be live on @MTVBaseAfrica I’m in.. If not nothing…. Coz I’m the biggest fish in the rap game.”

A Twitter user replied to say she was looking forward to the rap battle and Vic O said: “But @iam_YCee is afraid of me.”