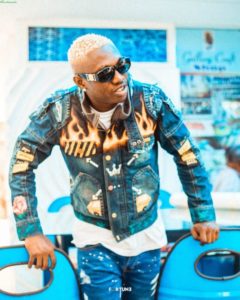 Congratulations to Astalavi, as the DOG got signed to Zlatan’s ZANKU records

After a while, since Zlatan announced the establishment of his record label, he has unveiled his first act under the label imprint.

Yes! Zlatan signed a Dog to his label first and it was given an official unveiling via the boss Instagram page.

See the caption below:-