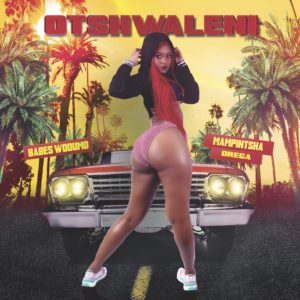 The Wena Wodumo Entertainment head honcho teamed up once again with her boyfriend, Mampintsha to deliver another gqom fire track.

Babes Wodumo recently came under fire recently for shaming Lady Zamar on her social media account. However, She later admitted fault for the incident.

Furthermore, the new single comes after the release of Ung’dunure featuring Madanon.